Hybrid Orthodontic Treatment System (HOTS) has been developed in the search of the most efficient and reliable treatment system by combining the following 3 orthodontic devices or methods which were developed independently with different treatment concepts.

The most important feature of this system, compared with the conventional en-masse retraction in which 6 anteriors are retracted together, is that in this technique the canines are retracted along the corner curve of the canine area independently from the other 4 incisors. These 6 anteriors, however, are still retracted simultaneously.

In this way, the canines can travel along the alveolar trough between the cortical bones. On the other hand, with the conventional en masse movement, canines may easily hit the lingual cortical bone as it is retracted straight backwards. Thus the distal movement of the 6 anteriors may not be as smooth as with the HOTS thereby causing more damage to the anterior teeth as well as to the lingual alveolar bone, which will result in extended treatment time.

Step1. Extraction of bicuspids and insertion of MAS in one visit
Step2. Leveling with the .0155 or .0175 multi-stranded wire and the .016 Ti-Ni wire with “lace-back” retraction of the canines followed by final alignment with .016 x .022 Ti-Ni wire
Step3. Simultaneous retraction of canines, as well as 4 incisors, with combination (.017x.025 rectangular and .016 round) wire
Step4. Finalization with the MEAW (.016 x .022 Stainless steel wire) 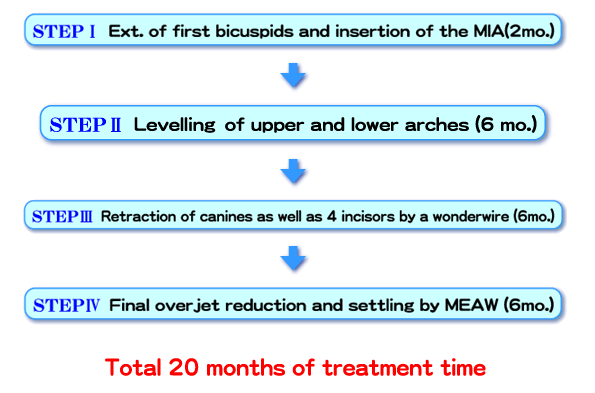 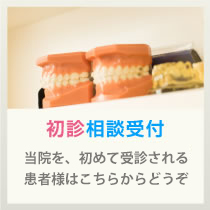